We spent much of August in Montana.  The impetus was a Lampman family reunion that was scheduled nearly two years ago.  The destination was to be Glacier National Park.  We made our reservations, with the idea that we would be traveling full time by that time.

We left Colorado, after spending most of July visiting friends and family.   Our stops along the way included Lander Wyoming, Red Lodge, and Butte in Montana before reaching our destination at the Outback Montana RV Park just south of Bigfork on the shores of Flathead Lake.

We checked out Wayfarers State Park, and the water access to Flathead Lake.  We checked out the small grocery and excellent liquor store.

Best of all, we drove the 45 minutes to West Glacier and the main entrance to Glacier National Park.  We parked at the 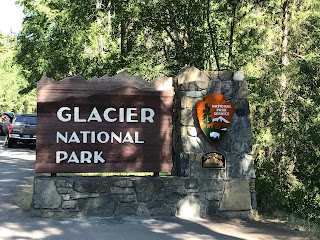 Apgar Visitors Center, and waited for the free shuttle to Logan Pass, via the Going to the Sun Road.

We had heard so much about the beauty of Glacier, but were initially unimpressed.  Much of the scenery was similar to our home state of Colorado.

That view changes though as we rode up to Logan Pass.  Past "The Loop" the vista expands, and opens up into a large glacial valley.  The road is narrow enough in parts where trucks with large side mirrors need to pull them in to avoid hitting other traffic as it travels in the opposite direction.

We rode past Haystack Creek, where our driver had seen a grizzly earlier this year.  Past the "Weeping Wall" which can turn that section of road into a water fall during the spring.  Not so much now, as the park had not received any rain for the entire month of July. 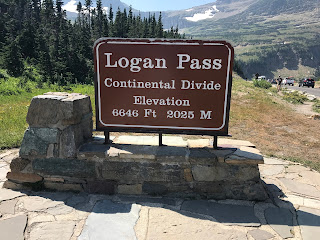 As we approached the Visitor's Center at the pass, we saw our first Mountain Goats.  They are most impressive, their stark white coats standing out from the dusky brown and olive green of the tundra, and the bright blue sky.  There were several, just off the the pavement grazing on the hill side.

Once at the visitors center My Bride and I set off on a path towards the Hidden Lake Overlook.  We would be unable to make it all the way to the lake, which is about a 6 mile round trip hike, due to "Bear Activity" on the trail.  Apparently the spawning trout, draw the bears to the lake, making it unsafe.  One story goes that as a fly fisherman was landing a trout, a grizzly came out of the woods and took the fish off the line.  So much for catch and release!

The large and uneven steps on the boardwalk to the overlook discouraged Steff.  She waited at a resting spot, while I continued up mile or so.  The path was great and took me though four or five grazing Mountain Goats.  One of whom appeared to be posing for photographs.

Once at the lookout I had the most impressive views to Hidden Lake, and down Avalanche Creek and valley.  I didn't see any bears, but had a bold Columbia Ground Squirrel try to sample my toes as I scanned the alpine tundra with my binoculars.

We were staying at a "more mature" RV park just south of Big Fork.  It was conveniently located near the reunion festivities.  Soon, cousins Doug and Elizabeth would park next to us.  Followed shortly there after by nephew’s and nieces families.  Sisters joined later on.

Other family members were staying just off of Flathead Lake.  We had family from Kentucky, Michigan, California, Washington DC, Colorado, and Oregon.

Highlights of the week were visits to Glacier National Park, and a day spent on Flathead Lake on all manner of water craft.

We again travelled the Going to the Sun Road, this time with family, and enjoyed the scenery all over again.  This time, I took the opportunity to hike along the Highline Trail on the west side of the divide.  I walked only a mile of a much longer hike, but it was impressive all the same.

Several of us moved on to the east side of Glacier.  Some staying at the historic Many Glaciers Lodge, while we dry camped at the St. Mary’s Campground.

We enjoyed a boat cruise and hike to Grinnell Lake offered through the Glacier Park Boat Company.  Riding wooden hulled boats, we crossed Swiftcurrent Lake, followed by a short hike across to Lake Josephine for another short cruise cruise then a mile and a half hike to Grinnell Lake.  While crossing Lake Josephine we saw one of the few bears that we had seen.  High above the lake was a lone Grizzly Bear walking over the tundra below Mt. Grinnell.  Once off the boat we hiked to Grinnell Lake, just below the glacier. 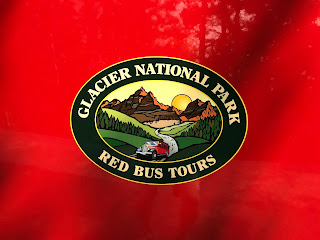 We again went to Logan Pass, this time from the east side.  Sharing the tour with a collection of Lampman cousins, we took an iconic Red Bus Tour, with a legendary “Jammer” or bus driver.  It was our third trip to Logan Pass so we began to feel like we owned the place.

We liked the boat cruise/hike combinations.  On another day, we took one on St. Mary’s Lake, followed by a short, Ranger led hike to St. May’s Falls. 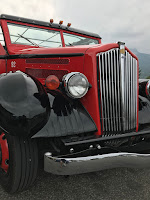 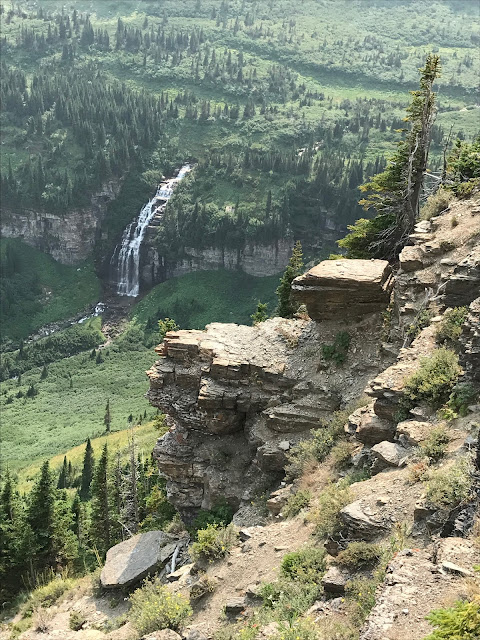 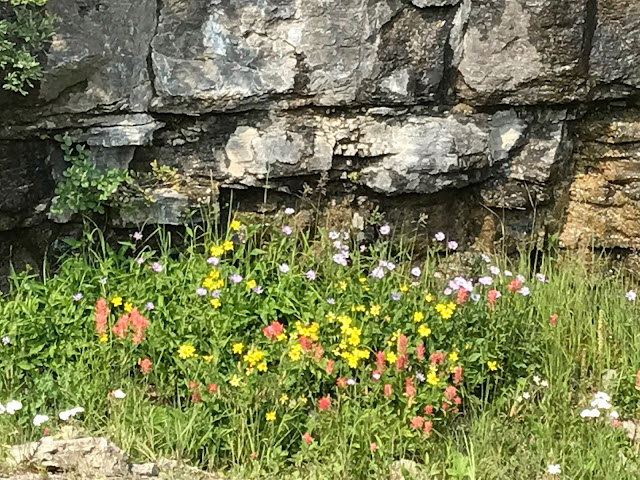 As if taking the cruises were not enough, we spend a great morning kayaking on St. Mary’s Lake, providing a close up look at Goose Island. 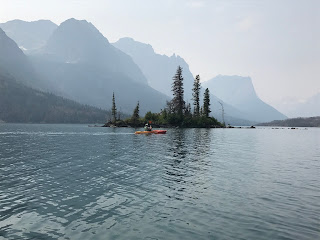