We just returned "home" after spending the last week in Boulder.  It is a bit unusual for me to say that leaving Boulder means going home!

One of the things we will get use to is how to handle medical and dental appointments while living on the road.  So far we have chosen to schedule and coordinate our appointments with each other.  Right now this means we are returning to Boulder every six months or so.

This is not a bad thing as both of our kids are now living in Boulder.  If we aren't in AIROSMITH, we should always have a place to stay!  This visit we stayed with Ryan and his 120 lb, three-year-old Neapolitan Mastiff.

We left the trailer with great friends outside of Calhoun Georgia.  We have had a wonderful time visiting with Curtis and Kathy while here.  They have been kind enough to let us park AIROSMITH in their driveway for the past two weeks.

While in Boulder we caught up with my siblings and our kids, and their families.  We coved our scheduled appointments, …
Post a Comment
Read more 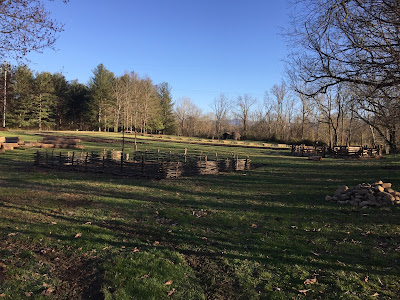 John Love picked us up in the morning, who along with Keith gave us a day long tour of Greene, Washington, and Unicoi Counties.

We couldn't have seen this area in any better way. We drove past farms and homes that played a large part in their growing up here. We visited Erwin, Unicoi, Johnson City and Jonesborough.  Spending the day driving through the hills and valleys of Eastern Tennessee and seeing early spring here was a pleasure.


Lunch was at Scratch Brick Oven.  http://scratchbrickoven.com.
Keith says it's the best hippie style pizza in town. It looks like this small restaurant was built around the large brick oven made from what looks like River Rock. It is 9 feet deep, and 6 feet high and the pizza was great!…
Post a Comment
Read more

Kitty Hawk - The Death of Impossibility 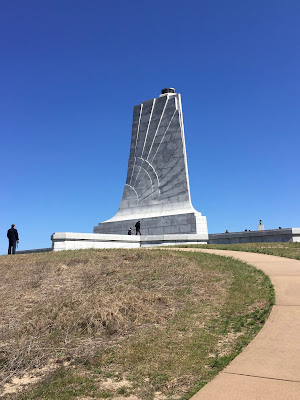 One of the primary reasons for visiting Kitty Hawk and the Outer Banks, especially this time of year was to tour the Wright Brothers National Memorial.  Early March is not the best time to plan on getting a lot of beach time.  Though my Bride and I did manage a walk on the sand, with the sea wind to our backs.


Kitty Hawk was the location of the first manned flight of an heavier than air aircraft.  This happened on the cold, windy, and lonely dunes of the Atlantic coast.  A significant piece of world history for sure.

However it wasn't until I listened to the interpretive Ranger explain what happened on that cold day in December of 1903 that I understood that what happened was much more.


Orville and Wilbur Wright were self taught engineers, digesting information from other's work, incorporating that into their own theory and design.  Only after several years, and a thousand flights using innumerable models from the top of Kill Devil Hill did they succeed. 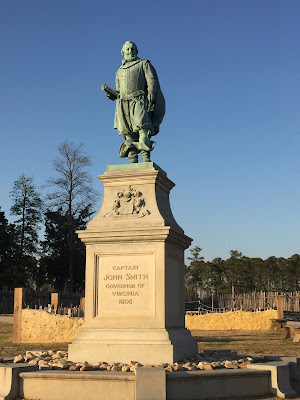 Historic Jamestowne is only nine miles from Colonial Williamsburg.
Towards the South and West, on the banks of the James River.  Yet the two settlements span one hundred sixty nine years of significant history.

Jamestowne settled on May 13, 1607 began the English colonization of North America.  Colonial Williamsburg, where in the spring of 1775 the colonists ran the British Governor out of town.  There began Virginia's move to Independence along with the remainder of the thirteen colonies.  Interestingly, both were governed by an elected represtetitive form of government.  We  visited both within a days time.

We began our tour with a visit to Colonial Williamsburg and quickly realized that we would see only a small part of the city.  This is a living history museum and every day would provide something new to explore.

It is a nomadic lesson to learn, and to learn quickly.  Do and see only what you can, and know that you will never do or see enough.  Don't let that bother you…
2 comments
Read more 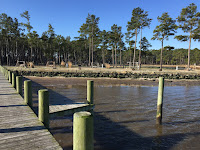 One of the first books that I remember reading was Misty of Chincoteague, a children's classic written by Marguerite Henry.  My grandma Page suggested I read it.  I was not much of a reader back then, but the image of swimming ponies captured me.  I think that it was then that I began planning on how I could get a pony.

While I never got the pony, I had always wanted to visit the Island.  I first did so twenty years ago while I spent some extended time in Virginia.  Virginia, by the way, where many here still refer to the Civil War as the War of Northern Aggression!

After picking up AIROSMITH, we selected Chincoteagure Island as our first stop.  It was a four and half hour drive from Lakewood New Jersey and seemed to be a perfect shake down drive.

Several weeks ago we began looking for a suitable park where we could stay.  We quickly learned the "seasonal" nature of the area.  A lesson reinforced by the cold front, driven by cold hard winds, that followed us from New Je…
Post a Comment
Read more
More posts