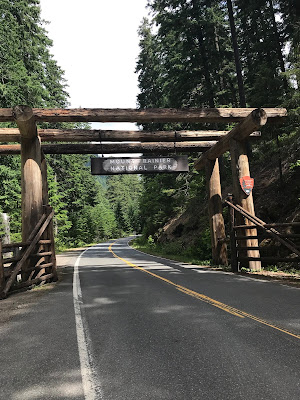 Between visiting friends in Walla Walla and Olympia, Washington we stopped for a visit at Mount Rainier National Park.  Here is the deal about visiting Rainer, you often do not get to see the mountain itself.

It is a difficult thing to miss with an elevation of 14,410 and 20 some glaciers.  It is the tallest of the Cascade Volcanos (for the time being!) and the most glaciated peak in the continental United States.  Like many visitors before us, and the many to follow we saw it mostly in clouds. 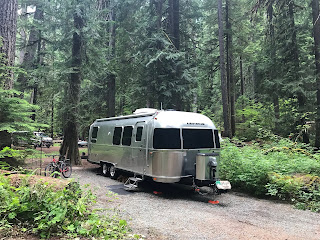 We camped at the Ohanapecosh Campground, on the Southeast side for four nights, and the weekend before the 4th of July.  I think that we keep "lucking" our way into great campsites on holiday weekends.  We dry-camped, giving us a chance to use the solar.  Because it is Washington State, the low clouds required that we use our generator more than relying on the sun!

This National Park campground is settled along the Ohanapecosh River, and among these massive Douglas Fir, Red Cedar and Western Hemlock. 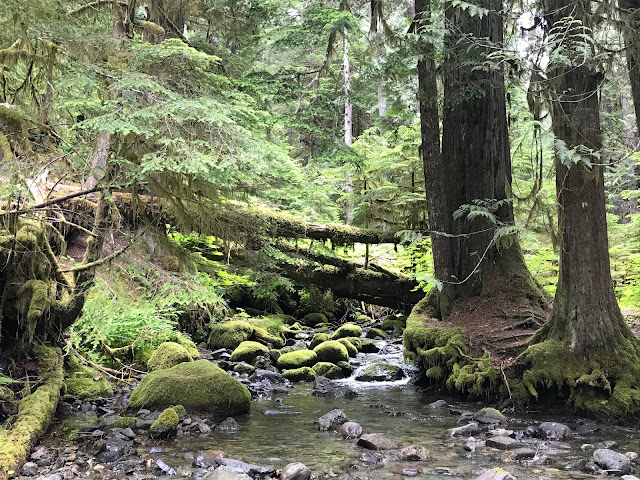 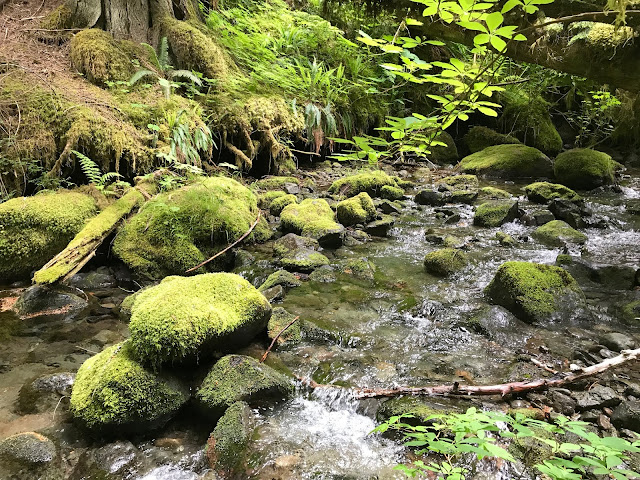 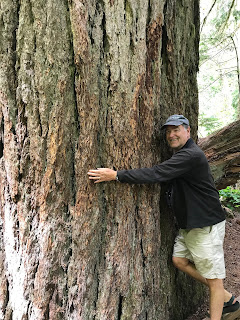 I am a fan of Douglass Fir and particularly like their pine cones with a three pointed bract that extends from each scale on the cone.  These bracts look like mice hiding under each scale.  Unlike the Ponderosa Pine the Doug Fir doesn't brag about it's size through it's cones.  They are the same size as found in Colorado, though these Pacific Cascade trees rise hundreds of feet above the paltry Colorado trees.


We spent our first day and drove Stevens Canyon to Longmire on the Southwest side of the park.  This road takes you through Paradise.

Literally.  The Paradise Visitors Center usually offers the most commanding views of Mt. Rainier.  Except for the day we drove it.  Instead we were rewarded by the profusion of wildflowers and the rivers, creeks and waterfalls along the way. 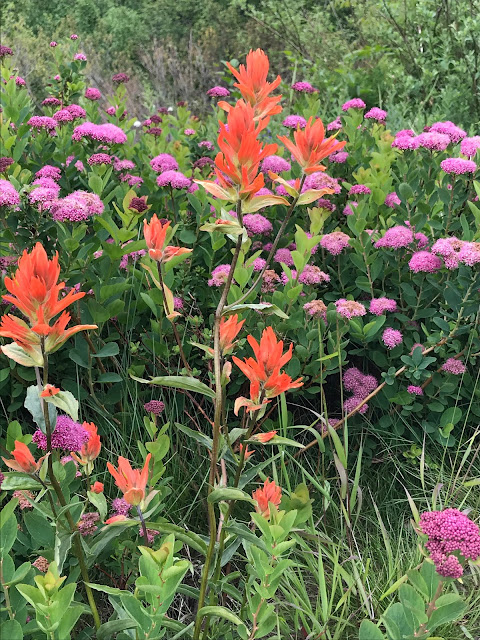 The Visitor Center at Longmire first served as Park Headquarters.  Much of the recent history of the park is here.  As our fifth National Park, it was one of the first to become easily accessible by automobile.  Its was the first to employ the iconic "Rustic" architecture seen in so many of our parks. It's campgrounds, stone bridges and guardrails were constructed by the men and boys of the CCC's. 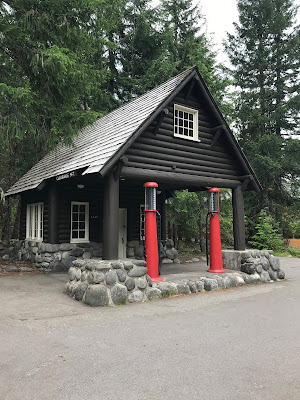 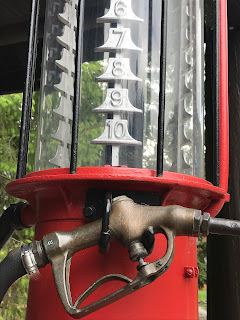 The return drive took us to Box Canyon where you could see the deep gorge cut by the river some 120 feet below.  These reminded us of the glacier cut gorges of Banff and Jasper in Canada.


Grove of the Patriarchs 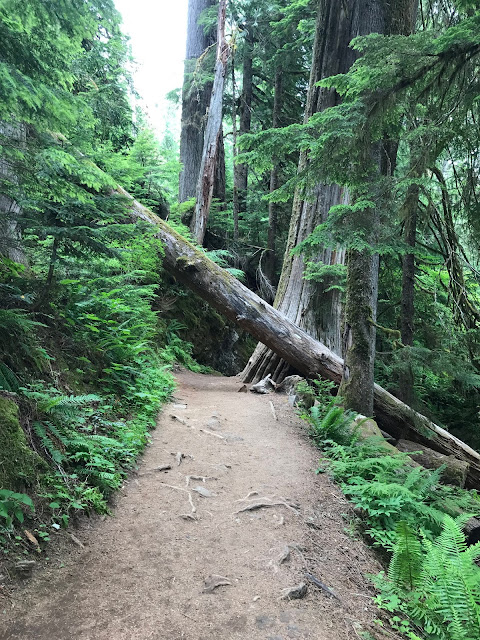 The following day we took the short drive to the Grove of the Patriarchs.  This mile and a half trail takes you through a small section of Old Growth Forest whose trees were 500 years old when Columbus bumped into this continent thinking that he had finally found India.  These trees are massive and rival the Redwoods and Sequoia of California. 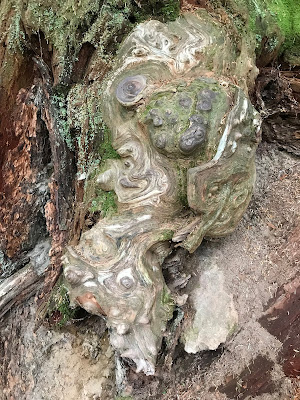 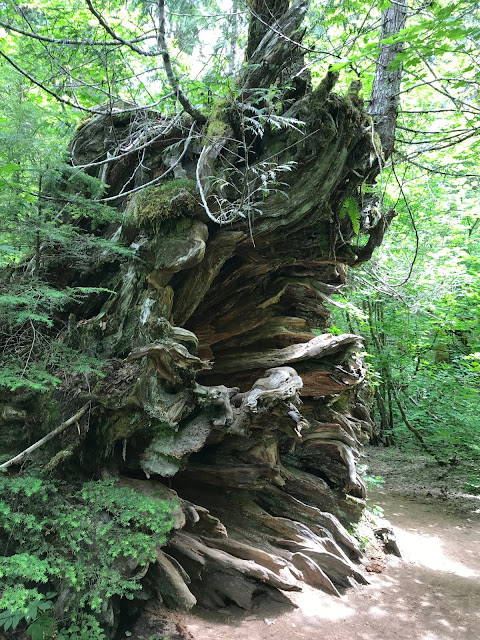 I extended my hike back to our campground, along the river and to Silver Falls.


Evenings in Ohanapecosh were spent around a campfire talking over the day while sipping wine and contemplating the old growth all around us.