Our lifestyle allows us to do many things.  We had been hanging around Tucson, Arizona, resting after a very eventful spring and summer.  We were leisurely planning our winter, and where to head next.

We had been excited to learn about Steff’s youngest sister, recently being named to a Cabinet Position by the New Mexico Governor, Michelle Lujan Grisham.  The Governor created a new department of Early Childhood Education and Care, and named Elizabeth the Secretary.  This is a tremendous honor, and a perfect fit for her experience to date.  We celebrated!

Elizabeth and her husband Scott have been living in DC since 2010, when Scott had joined the staff of Congressman Jared Polis.  Elizabeth eventually became a leader, in early childhood education, with the DC School District.  They settled in nicely to the lifestyle in Washington DC.  Steff and I visited them there, both before and after we began traveling full time.   The most recent was Just over a year ago.

Since then, Scott returned to Colorado, working for now Governor Polis, and Elizabeth remained in DC.  Then, Elizabeth’s appointment happened quickly.  She needed to be in Santa Fe by the first of December, meaning moving out of her home of nearly ten years in a matter of a few weeks.  It was a bit overwhelming.

That is where our particular lifestyle comes into play.  Having no concrete plans, we asked Elizabeth if we could help in some way.  It turns out that we could.  A week ago we hopped an airplane to DC, via Denver.  After arriving and a quick meet up with Scott and Elizabeth, who then headed to Colorado and New Mexico respectively, we set to work packing up their apartment, just off of Washington Circle


Living in AIROSMITH gets us to many places.  We joke about having a mountain cabin, lake hose, and beach cottage, depending upon location.  The last that we were in DC, we stayed a short Metro Ride to the National Mall.


This time we left AIROSMITH, in shutdown mode, and relied on taxis, airplanes, and light rail for transportation.  We stayed in the apartment, as we packed it up.  This left us in close proximity to walk to food, drink and entertainment.

We got to work fast and completed most of what we could do, leaving our last day free to visit the city.  It turns out that the House Judiciary Committee was holding their initial hearing on impeachment that day.  How often do you get the chance to set foot in the US Capitol Building on that very day?  It was off to the Metro, and to the South Capitol stop. 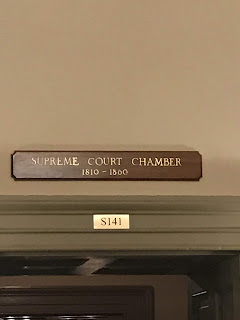 While the hearing was held in the Longworth Building, we visited the Capitol, and for the first time took the public tour.  We visited the first Supreme Court Chambers, where the horribly flawed Dred Scott Decision was made. 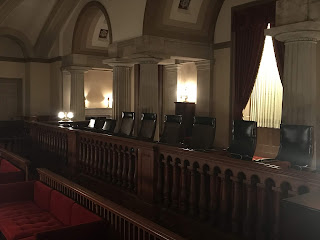 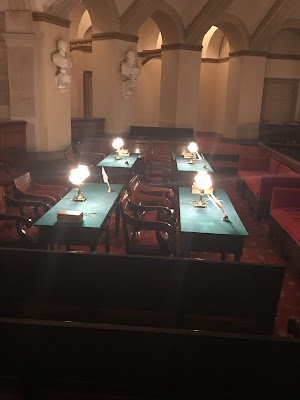 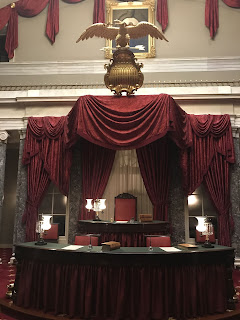 We stopped by the historic Senate Gallery, where some say the Civil War actually started when Preston Brooks, from South Carolina caned Senator Charles Sumner, from Massachusetts, nearly to death on the Senate floor. 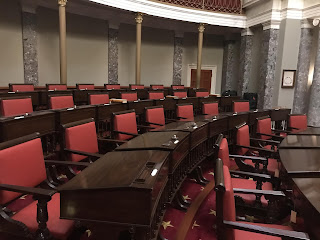 We went on the visit the Rotunda, and Emancipation and Statuary Halls.  This Capitol is our house, and impressive one, and it was a wonderful day to visit. 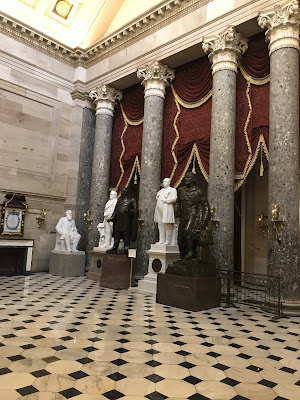 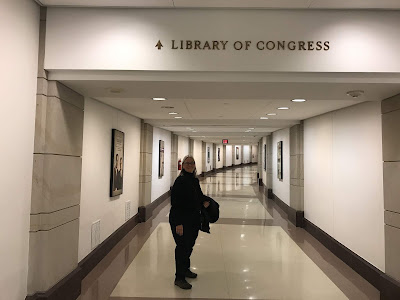 Following our Capitol Tour, we walked to the Library of Congress, through a tunnel that connects it to the Capitol. While there we saw a Gutenberg Bible, the Great Hall, and Reading Room.  Of special interest was Jefferson’s Library. 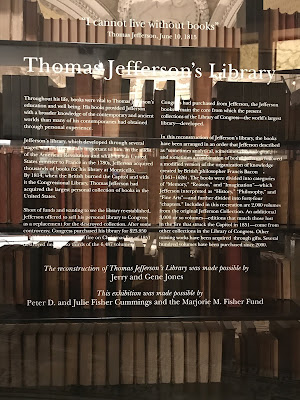 The marginal Congressional Library was lost when the British burned the Capitol during the War of 1812.  Thomas Jefferson offered his substantial library as a replacement, and what ever price Congress deemed appropriate.

Later, many of his works were lost to another fire.  There has been a recent plan to reconstruct Jeffersons Library, which now includes some of his original donations, duplicates from the Library’s collection, and original works when they can be found. 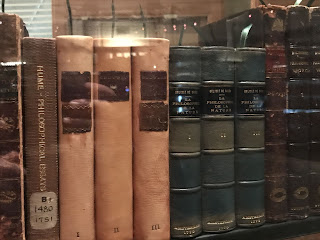 These visits to the Capitol and the Library of Congress were firsts for us.  We would not have had the opportunity if not for being able to modify plans, and do something out of the ordinary.  We love our lifestyle!