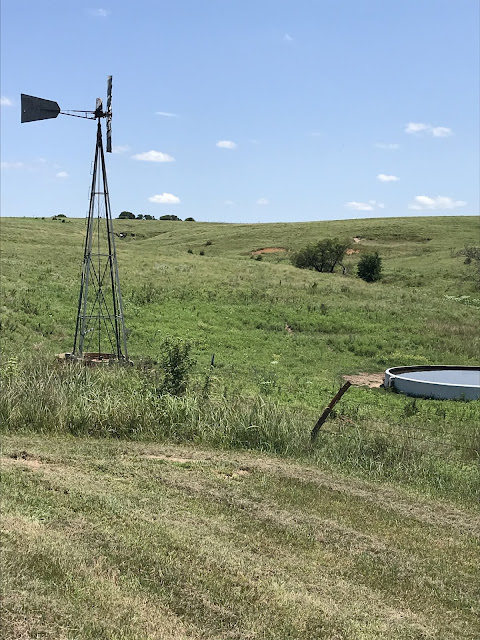 We have spent the last three nights at Venango Campground at Kanopolis Lake located southwest of Salina.  Kanopolis Lake is an early Army Corps of Engineer water project in Kansas.  It impounds the Smoky Hill River for flood control and agricultural purposes.
This stop is along the way to the Airstream Factory, in Jackson Center Ohio, where we have scheduled some work on AIROSMITH.  We chose the route to explore Kansas, as state we would normally just drive through.  I reached out to a friend, who was born and grew up in the state, for his recommendations.  One was this campground.
The lake sits in the middle of a vast agricultural area where we are surrounded by farms and ranches.  The Army Corps suggests a self-guided auto tour, an eighty-mile adventure that circumnavigates the lake.  It takes you to waypoints that form the history of the area.  Driving through the area brought to mind the Song of the Jayhawk series written by Jack Marshall Maness. 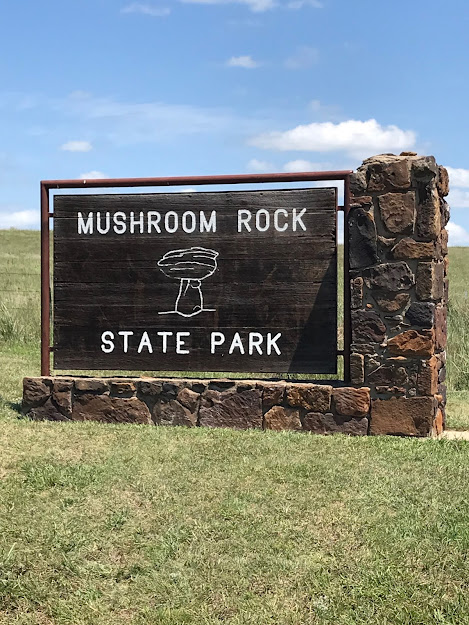 Several places we visited were especially interesting.  Mushroom Rock State Park offers some very interesting examples of the geology of the area.  These sandstone monoliths found north of the reservoir have been landmarks for decades.  The soft rock is perfect to allow you to leave your mark.  Which people have been doing for decades.  We wondered, how difficult it would be for an archeologist or historian to puzzle out the marks left on these rocks. 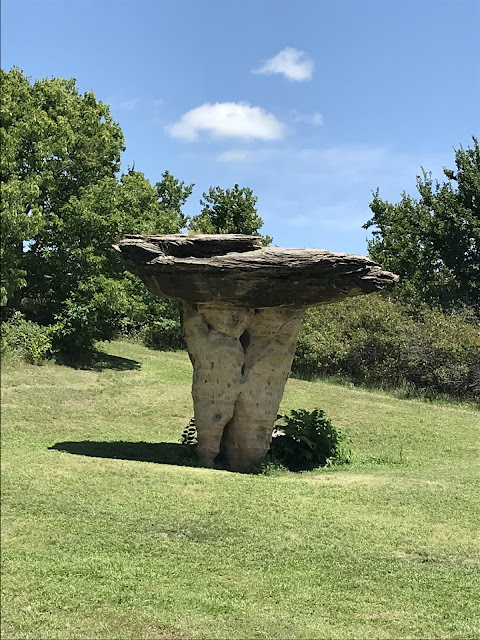 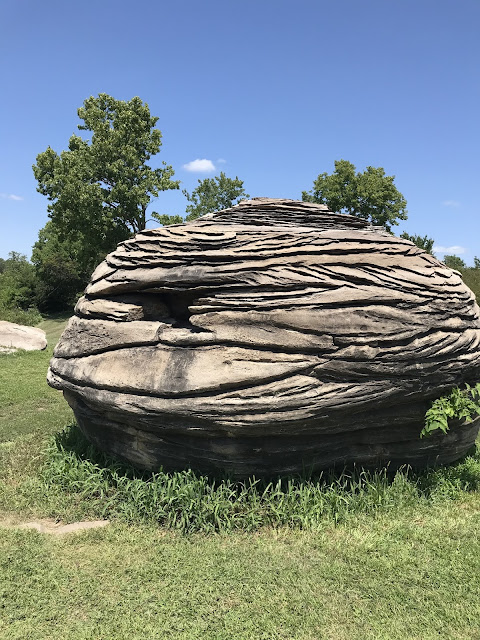 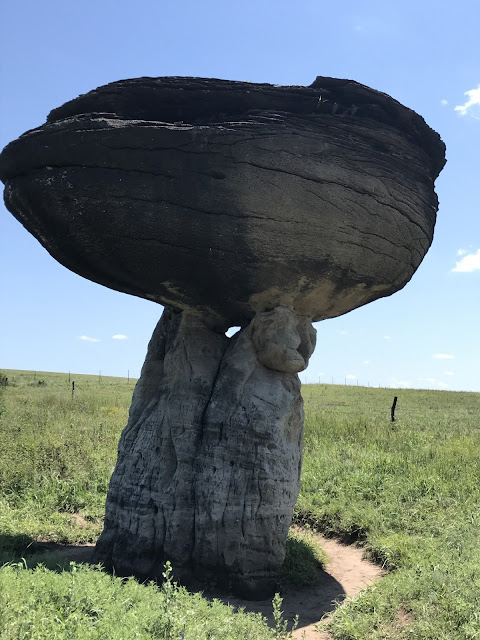 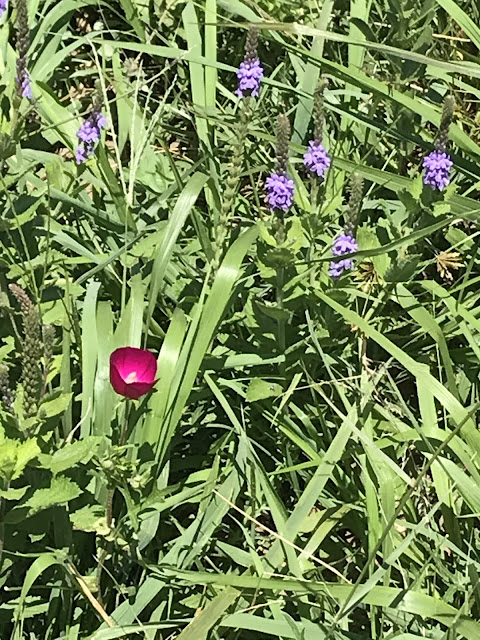 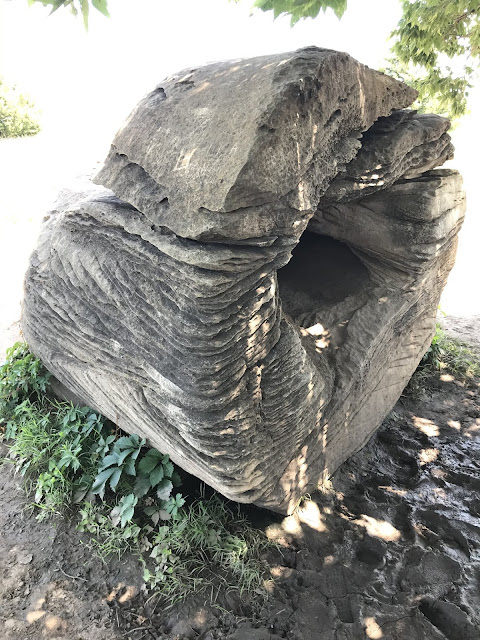 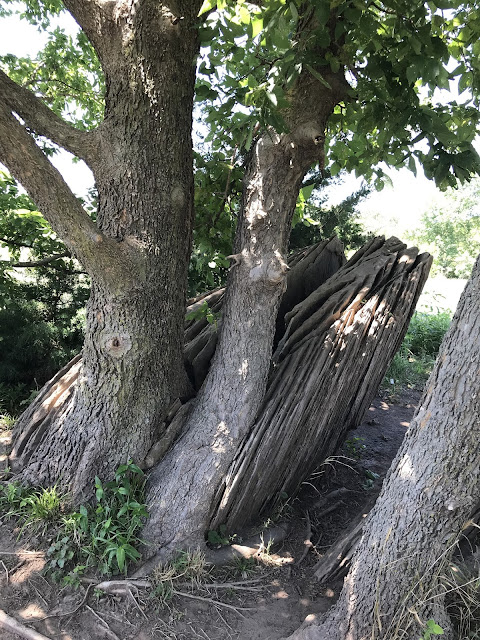 After a short walk, after a longer drive, we found Faris Caves.  These caves really reminded me of the dugout homes that many early Kansas homesteaders used.  These particular caves were used as a spring house, generator room, and even a schoolhouse. 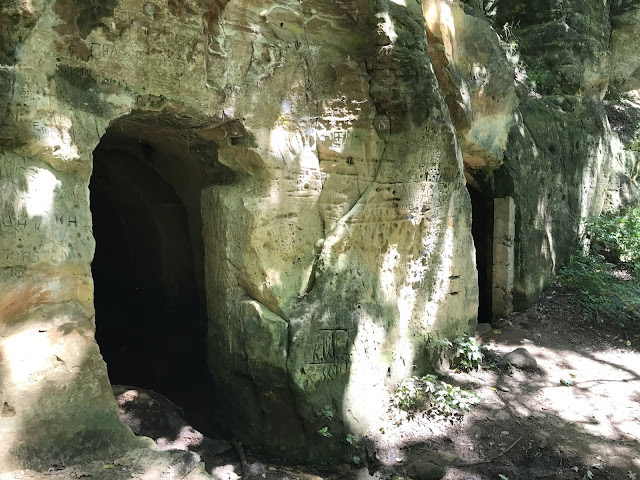 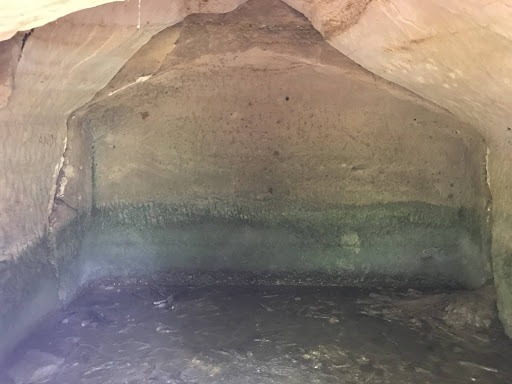 Other notable stops along the drive were Fort Harker in Kanopolis, and it’s predecessor Fort Ellsworth.  We had the company of several Red Tail, and Coopers Hawks along our drive through history.
Our final day here was spent paddling the rocky shore near our campground. 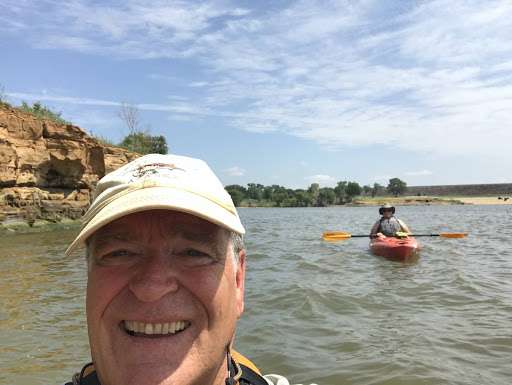 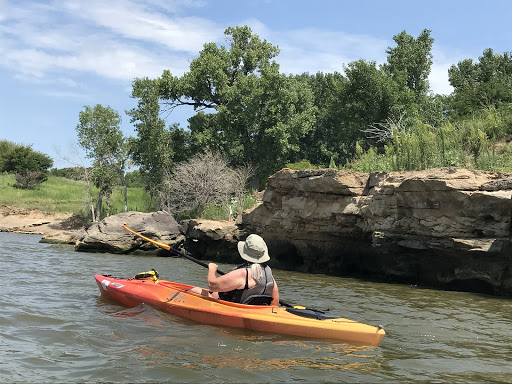 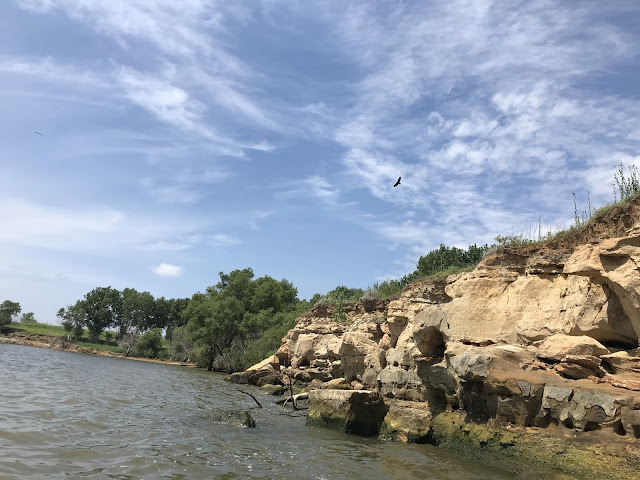 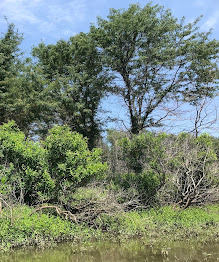