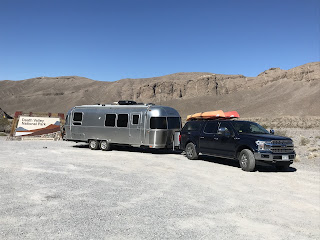 During our recent travels we have visited the southern most part of the Continental United States, Key West.  The most north western point in the Continental United States, Cape Flattery, Washington.  The arctic circle, Cold Foot, Alaska.  And we have visited the southern most point in the United States at Ka Lea on the Big Island in Hawaii and the Equator, Nanyuki, Kenya (admittedly both without AIROSMITH).  So, why not visit the lowest elevation in North America?  You would find that at the Badwater Basin in Death Valley National Park.

When we decided to visit, all of the National Park campgrounds were closed due to California Covid restrictions.  The only campground we found in the park was the Fiddlers Campground at The Ranch at Furnace Creek.  While the campground is a part of the Resort, it is a no hook-up site, meaning we were dry camping at a high end resort.  The advantage at being at the resort was that we had access to the amenities there.  Especially access to the pool.

We took the first day in the park to drive to Badwater Basin.  That drive and the sites between accounted for the first days adventure.

Returning from the Racetrack we stopped at the Ubehebe Crater.  A large volcanic crater between 2,000 and 7,000 years old.  It is an example of the geologic activity that helped form Death Valley.  I found this view to be one of the most impressive in the Valley. 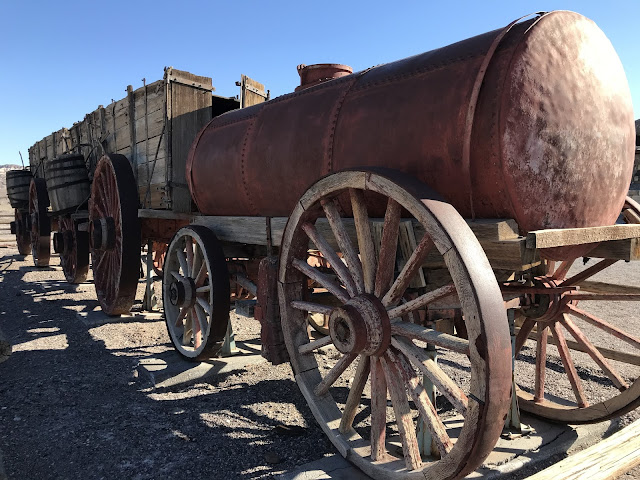 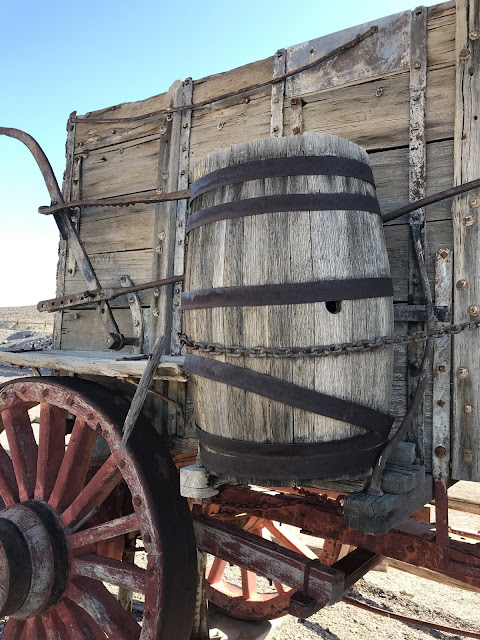 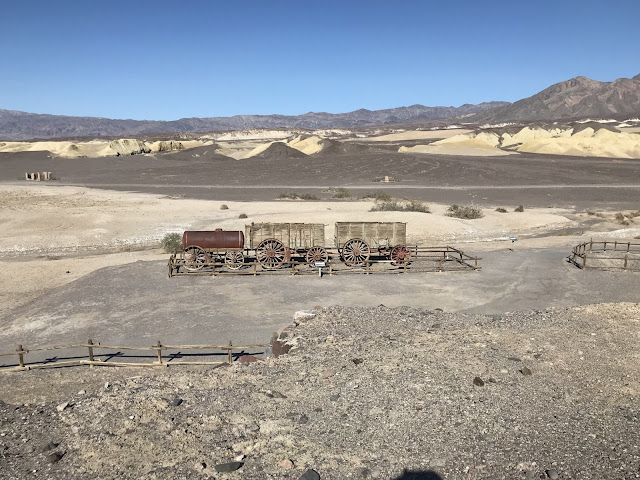