I am finally getting around to posting about our epic journey during the summer of 2019.  This will be part one, of a six part series that tells the story of our trip to, through and back from Alaska.

We pulled the trailer 6,460 miles over those 86 days, staying at 35 separate sites.  A full 2,125 of those miles were inside the State of Alaska driving mostly on primary paved highways.  The remaining 4,300 plus miles was the trips through mostly British Columbia and Yukon Territories in Canada.

The official Alaska Highway runs 1,387 miles between Dawson Creek, British Columbia and Delta Junction.  Our route back from Alaska was on the Cassiar Highway, officially running 541 miles from Watson Lake, Yukon Territories to Kitwanga, British Columbia.  From there we turned east towards Vernon BC, and then south into Washington.

Our longest drive was the 418 miles on our way north from Fort St. John to Laird Hot Springs in British Columbia.  This was a stretch for us, as we normally drive no more than 200 miles in a day.  Our trip north, through Canada was quicker than what we had first planned.  We started the trip about three weeks later than planned, so we couldn’t take the time we wanted traveling through Canada.  Fortunately, we have visited Banff and Jasper in the past and didn’t feel like we missed a lot through that, not to be missed, section of Alberta and British Columbia.

An essential piece for planning an Alaska adventure, especially if you are driving it, is to get the most current copy of the Milepost.   First published in 1949, it is the definitive guidebook for driving to Alaska.  It describes the various routes to Alaska from the lower forty-eight.  It is updated annually so be sure to get the current copy for your planning.

We headed north from Colorado on June 20 taking just 4 days to get to Great Falls Montana.  We planned on roughly taking the Eastern Route suggested by Milepost, crossing the border at Sweet Grass, but then taking the Rockies Route through Banff and Jasper.  This first leg extended 2,423 miles from Great Falls to Fairbanks.

We kept the Milepost book with us as we drove because it almost literally describes each mile/km post along your route.  This lets you plan your fuel and rest stops, as well as overnight stays.  You can locate grocery stores and interesting places to visit.  The book would be our constant companion for most of the next three months. 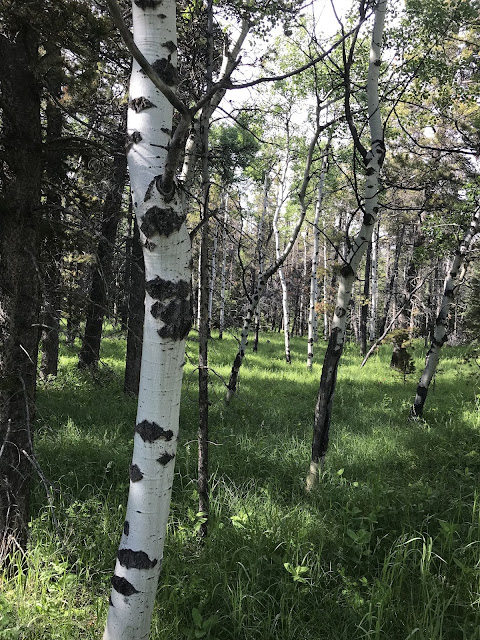 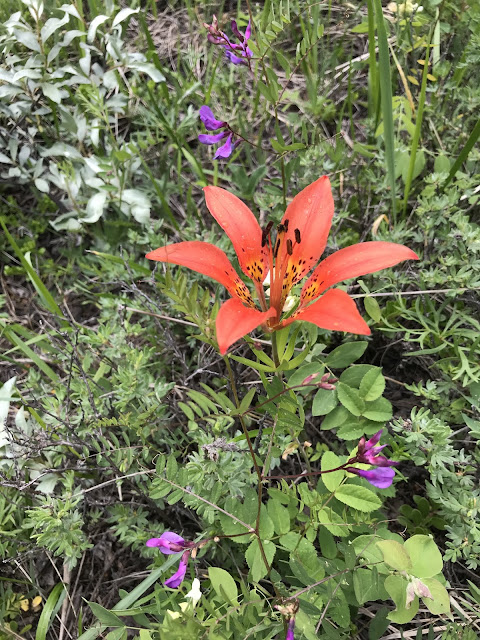 Mile zero of the Alaska Highway begins in Dawson Creek British Columbia.  Officially it extends to Delta Junction, Alaska.  Built by the Army as a supply route, construction began in March of 1942 and completed in October.  Seven months to complete through extreme terrain and under harsh conditions. 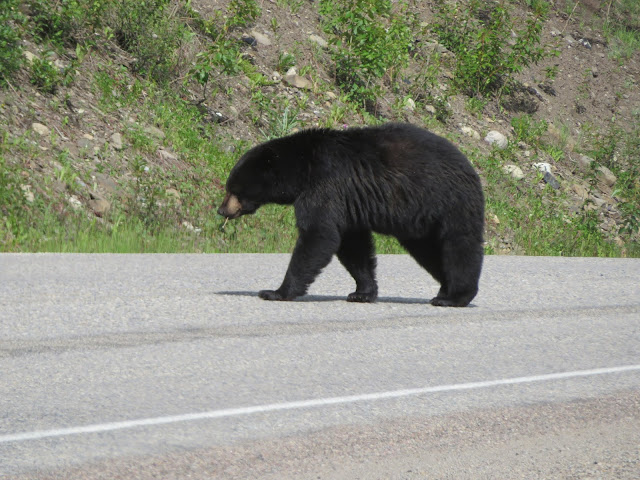 Leaving our campsite in Fort St. John we spoke to a fellow traveler who reported seeing at least twenty-one black bear along the highway between here and Laird Hot Springs.  We only saw about a dozen, with this one giving us time to capture a photo.  It is spring and the bear favor the blooming Dandelions along the road side. 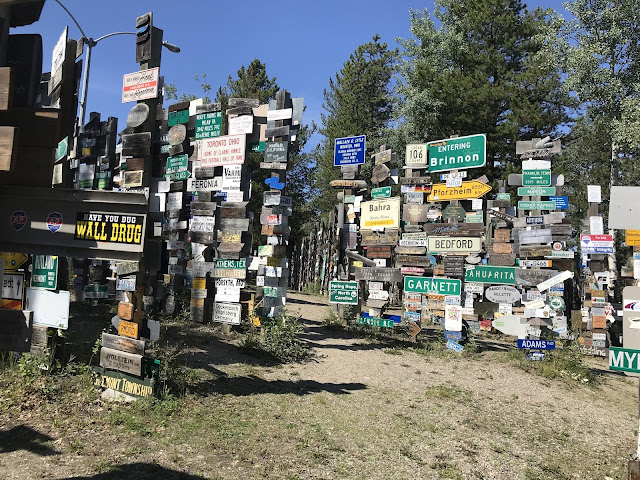 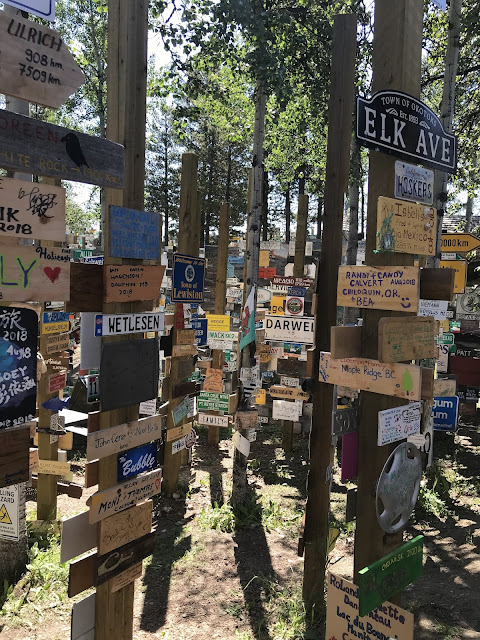 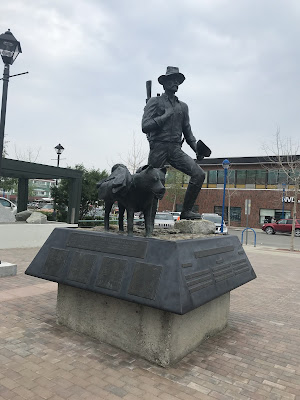 After spending a night in Teslin, Yukon Territory located along the banks of Teslin Lake, we made our way into Whitehorse.  Whitehorse is the Capital of the Yukon Territory and the largest city in northern Canada.  As such we could stock up on groceries and get the truck serviced.  Many hopeful people passed through Whitehorse on their way to the gold fields in the Klondike. 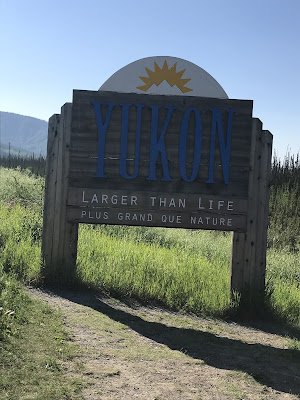 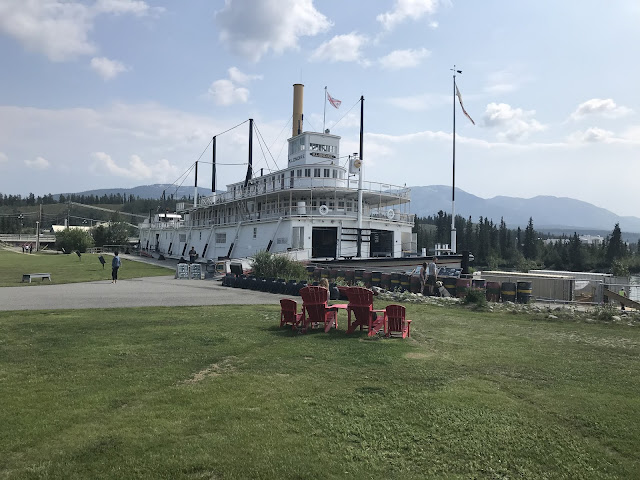 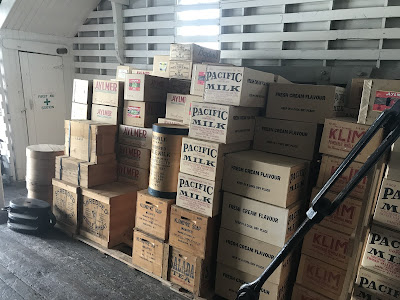 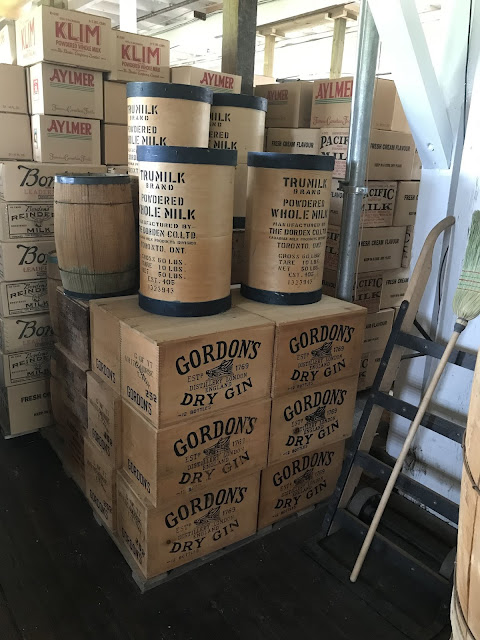 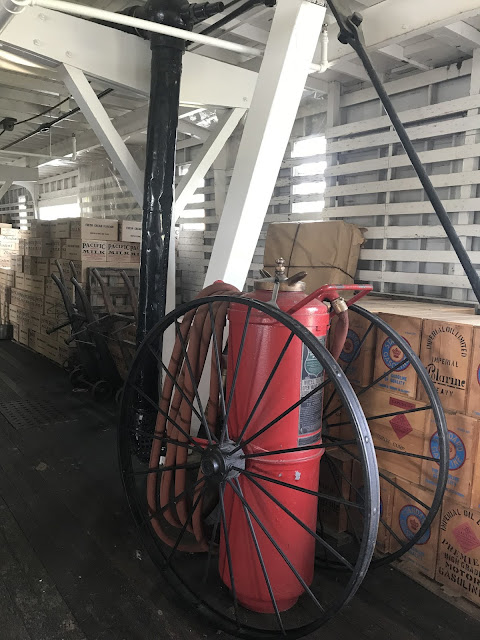 We pulled over on the shores of Lake Kulane to visit Soldiers Summit.  Initial proposals for the Alaska Highway dated to the early 1920’s.  The attack on Pearl Harbor, and the threats to the Aleutian Islands prompted the decision to build the road as a supply route for the US Army.  Construction began in March of 1942.  Units from the Army Corps of Engineers began building the road from two directions, Delta Junction in the Alaska Territory and from Dawson Creek, Yukon Territory Canada.  Alaska was not admitted to the Union until January 1959.  The road was completed in October 1942, and dedicated and opened here at Soldiers Summit on November 20, 1942. 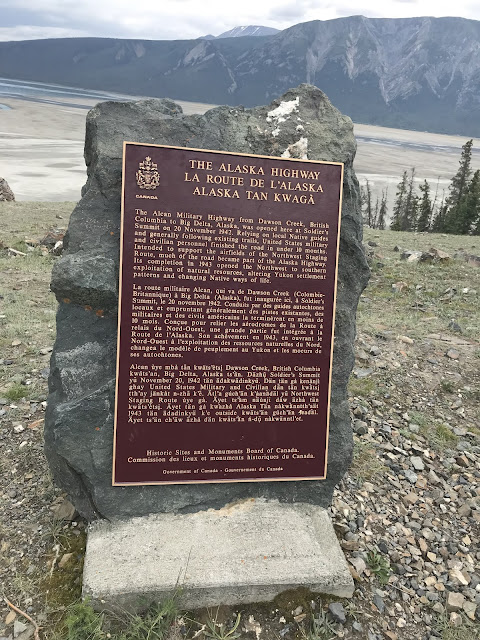 We didn’t want to miss out visiting Chicken, so having the time, we took the drive from Tok to Dawson City planning an overnight trip.  That way we would also be able to visit the historic gold mining town, where we would spend the night and return to Tok.  The drive was uneventful, and really must be done, though for us, not towing a trailer. 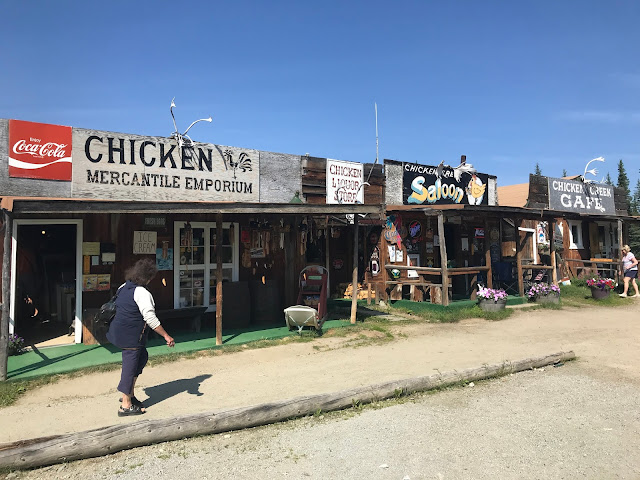 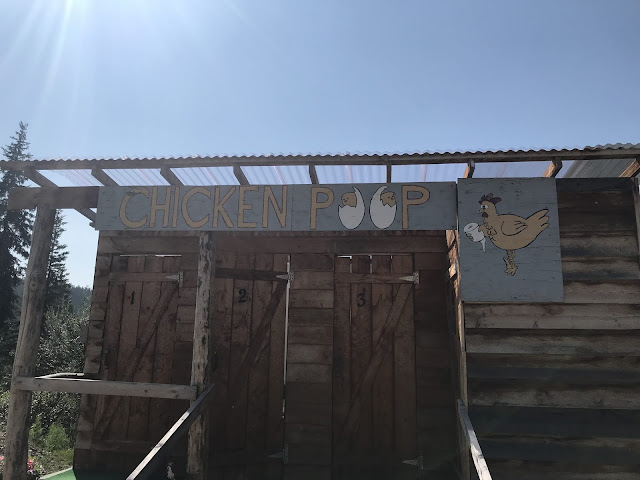 Many of the town’s buildings remain standing, but not without showing the impact of age.  If interested, the town has many venues that provide a taste of the Gold Rush period.

As you would expect, the Top of the World Highway provided an opportunity to see Caribou grazing in the Tundra like this bull and cow. 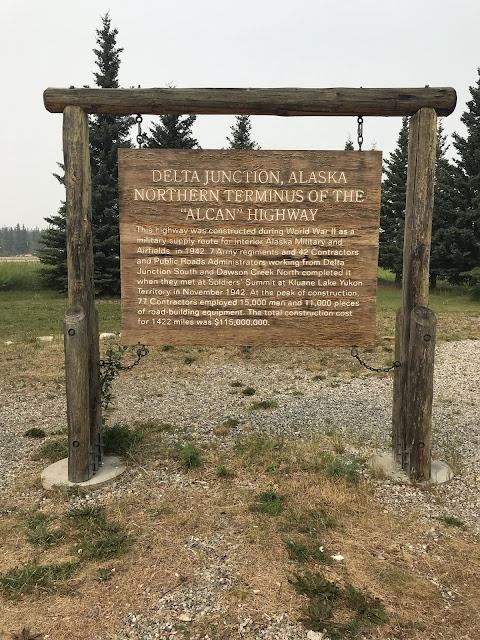 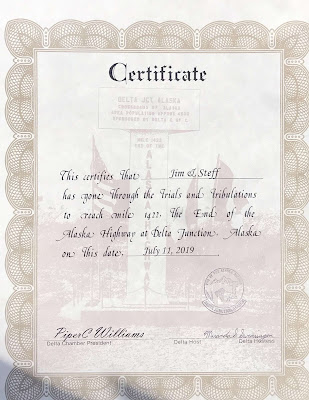 Wiseman has a population of 14, but many do not overwinter there.  And exception is Jack Reakoff, who moved there, as a boy with his family, in 1971.  Jack serves as the local historian and conducts a walking tour through the old gold mining town.  He lives a subsistence lifestyle with his family, gardening in the summer and spring, hunting in the fall, and surviving the winter.