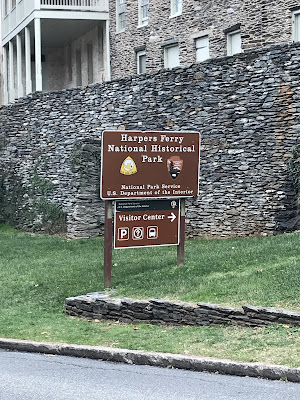 Our first nights in West Virginia were spent in Harpers Ferry.  We have been selecting states to visit, where we have never been.  It can be a challenge finding open campgrounds this far north, this time of year.  We chose to visit the Harpers Ferry National Historical Park because of it’s location and it’s significance to the Civil War, and freedom for the slaves.

It is also the location of John Brown’s Raid on the National Armory in 1859, undertaken with the intent to fight a war to end slavery in the United States.  The raid was a failure, but some say it was the battle that began the war that ended slavery.

In addition, the town is the home of Storer College, the first school of higher education for newly freed Black citizens.  John Browns Fort, and the College stand in testament of their fight for freedom.

The town itself is situated at the confluence of the Potomac and Shenandoah Rivers.  It’s location along these rivers were ideally suited to build an industrial town with ready access to hydro power.  The C&O Canal and later the Railroads provided ready transportation.

The primary industry here was the National Armory, where arms for the army were made and stockpiled.  The site was critical to both sides in the civil war.  It was the site of several battles in the war, most notably the Battle of Harpers Ferry in September of 1862, when General Stonewall Jackson took the town, resulting in the surrender of almost 13,000 union troops.

While the town survived it all, it finally fell to the frequent and violent floods.  Taking not only the manufacturing plants, but also the canal.  The lower town was abandoned until it was taken over by the National Parks Service.

Walking here now you can visit remaining and reconstructed houses that display what life may have been like in the late 1800’s.  You can also visit John Brown’s Fort, where he made his final stand.  The building has been moved four times, in order to preserve it for history. 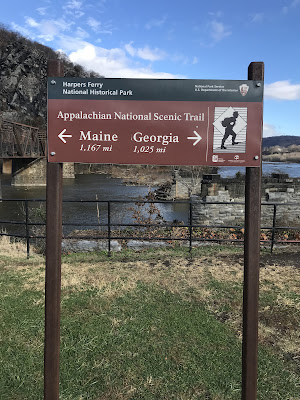 And finally, the town serves as the mid-point of the 2,200 mile long Appalachian Trail. 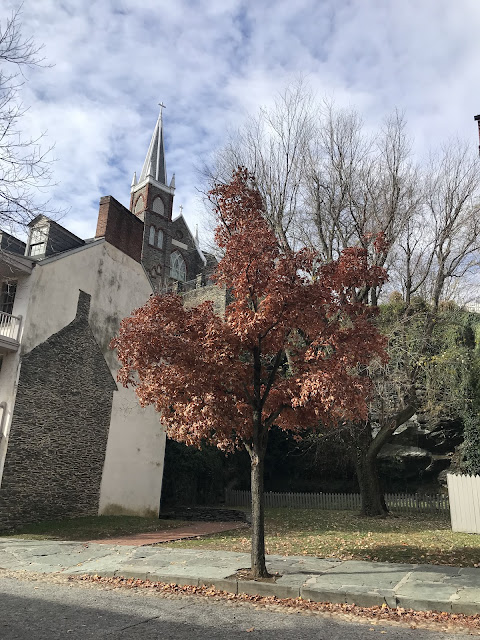 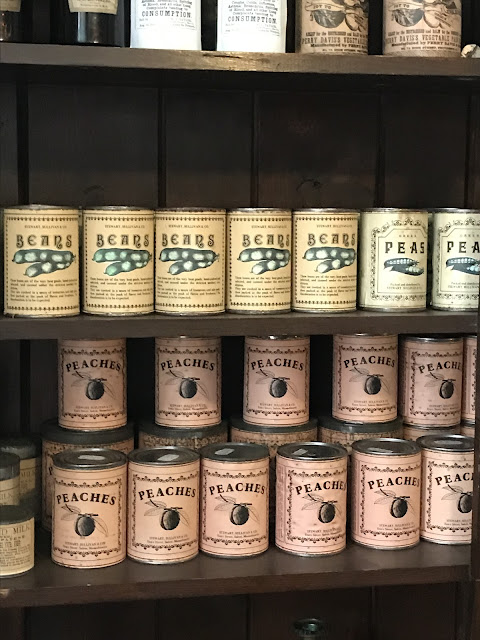 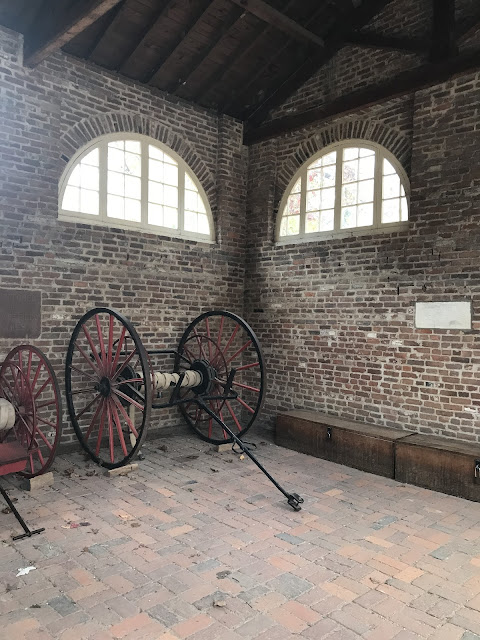 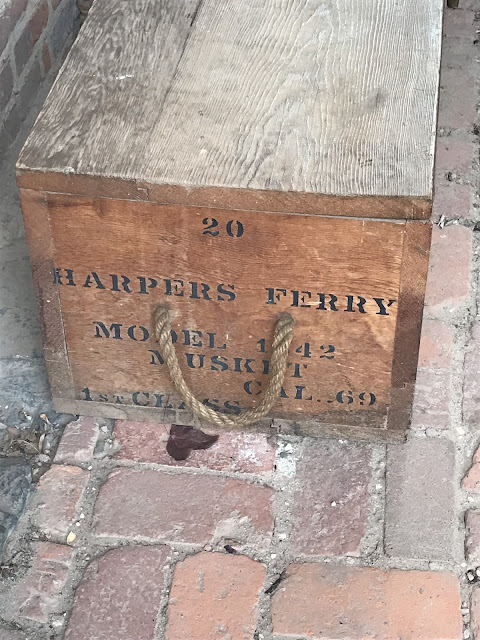 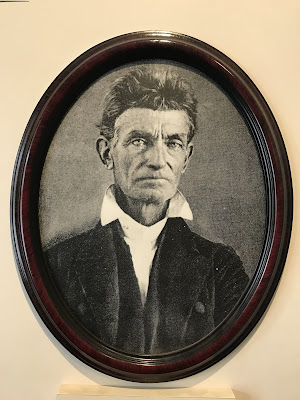 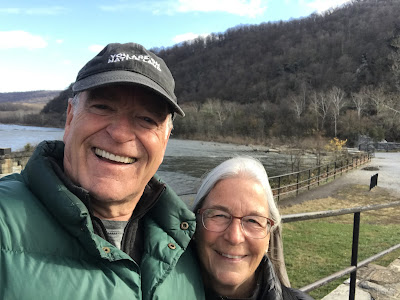 Just across from John Brown’s Fort you will find The Point.  It is the location where the Potomac and the Shenandoah rivers meet.  From this point standing in West Virginia, you can look North, over the Shenandoah River and see Loudoun Heights and Virginia.  Looking across the Potomac River you see Maryland Heights and Maryland.
Where the rivers meet creates a Water Gap through the Blue Ridge Mountains.  Captain Meriwether Lewis came to the Armory at Harpers Ferry to obtain the Rifles for his Corps of Discovery and its expedition to the Pacific.  Viewing this Gap, he hoped to find a similar one through the Rocky Mountains to the west.
Behind you, in West Virginia are the Bolivar Heights, Schoolhouse Ridge and the high point of the Murphy-Chambers Farm.  All of these locations play key roles in the several battles here during the Civil War. 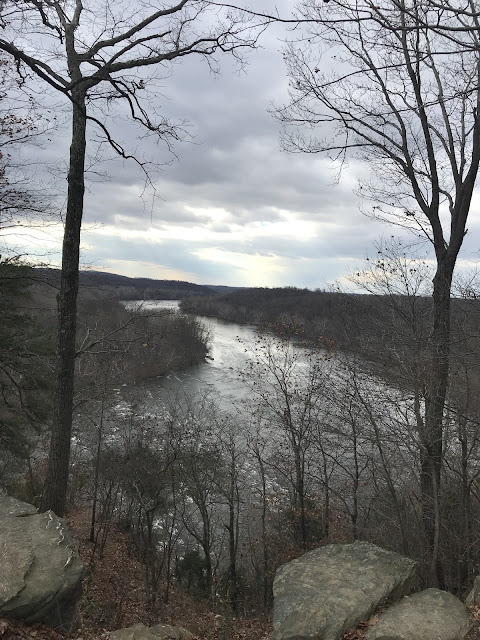 Our second day found us at the Murphy-Chambers Farm and a expansive view of the Shenandoah River.  As I took this photograph a Bald Eagle wheeled in the air, above the river.
The farm was key in Stonewall Jackson’s victory in 1861.  Placing canon on this ridge allowed him trap the Union forces in the town and on the Bolivar Heights. 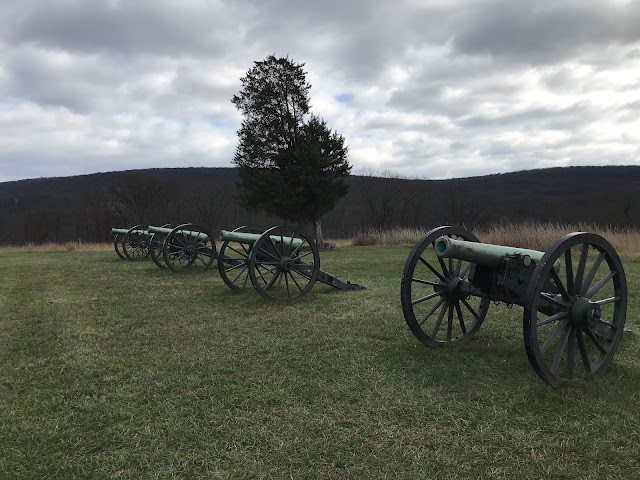 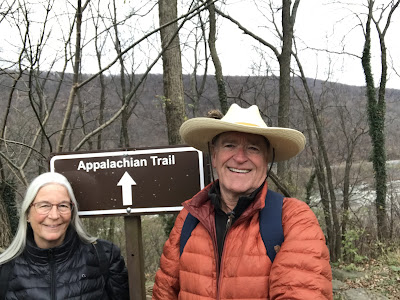 We returned to Town to take the small walk to Jefferson’s Rock.  The walk follows the Appalachian Trail for a short distance.  As well as the rock, you can visit the Harper Cemetery and the historic grounds of Storer College.
The trail begins in Town, climbing a series of steps climbing past St. Peter’s Catholic Church and the ruins of St. John’s Episcopal Church.  The trail leads through the Cemetery and onto the College. 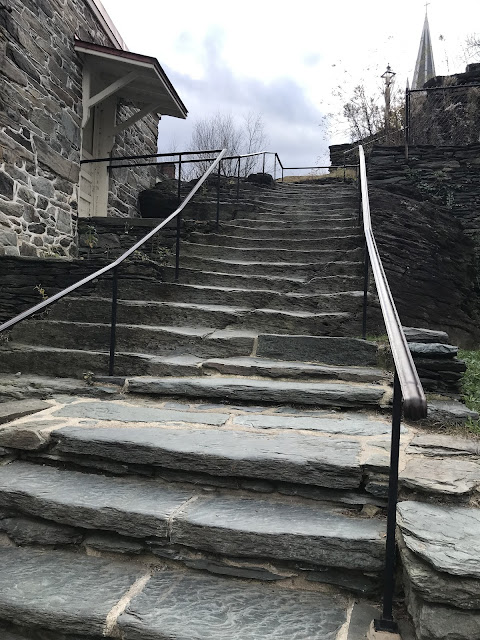 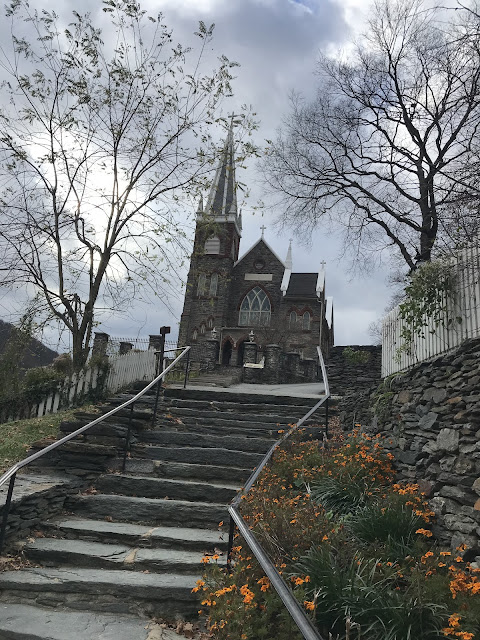 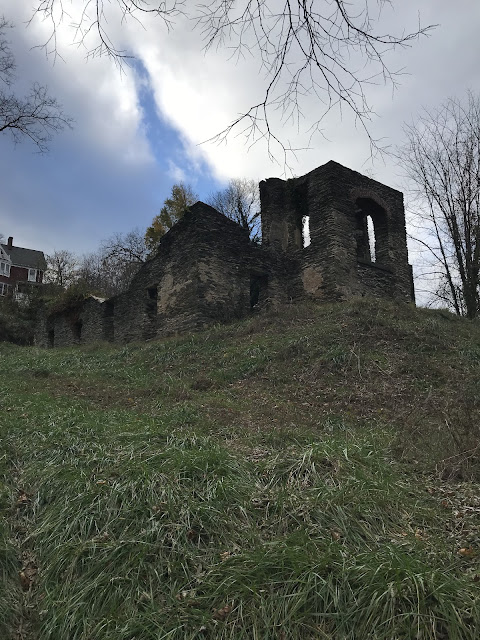 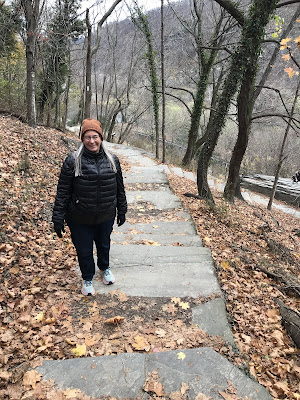 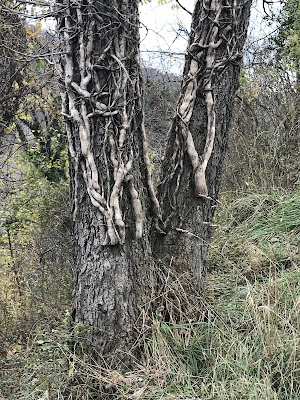 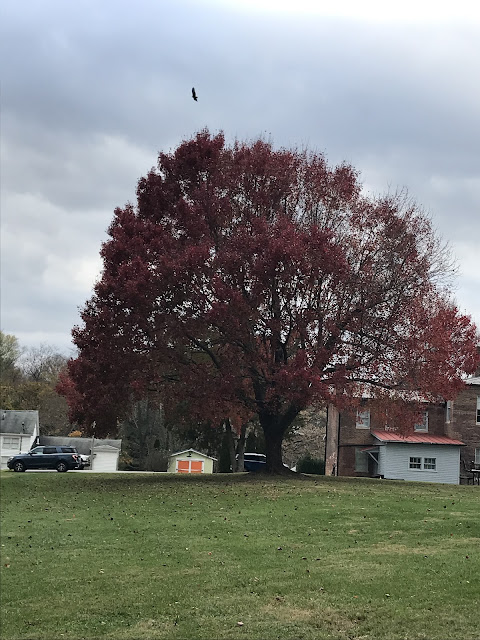