March 07, 2017
One of the first books that I remember reading was Misty of Chincoteague, a children's classic written by Marguerite Henry.  My grandma Page suggested I read it.  I was not much of a reader back then, but the image of swimming ponies captured me.  I think that it was then that I began planning on how I could get a pony.

While I never got the pony, I had always wanted to visit the Island.  I first did so twenty years ago while I spent some extended time in Virginia.  Virginia, by the way, where many here still refer to the Civil War as the War of Northern Aggression!

After picking up AIROSMITH, we selected Chincoteagure Island as our first stop.  It was a four and half hour drive from Lakewood New Jersey and seemed to be a perfect shake down drive.

Several weeks ago we began looking for a suitable park where we could stay.  We quickly learned the "seasonal" nature of the area.  A lesson reinforced by the cold front, driven by cold hard winds, that followed us from New Jersey.  We found a park, Tall Pines Harbor Waterfront Campground, that opened March 1st before any of the others on the island. 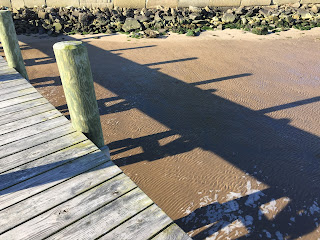 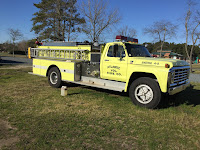 We arrived on March 3rd.  AIROSMITH's furnace got a good workout for the three nights we stayed.  The park was virtually empty leaving us almost by ourselves.

We were staying about twenty minutes from the Virginia side of the Assateague Island National Seashore, where one can access Chincoteague Island.

We missed the spring pony round up which occurs later in April.  The Annual Pony Swim  takes place in July.  The wild pony herd is managed by the Chicoteague Volunteer Fire Company (Home of the Saltwater Cowboys) as a fundraiser.  They manage about 150 pony's of the southern herd on the Island.

We spent a day exploring the Island, starting at the Tom's Cove Visitors Center.  While standing on the beach, cold wind blowing, it struck us how fortunate we are that within the span of several short weeks we have set foot in both the Pacific and Atlantic Oceans.

We walked the mile and a half Woodland Trail, where we saw a half dozen ponies that came out from the shelter of the woods if only for a few minutes.

Followed by a drive along the Wildlife Loop, seeing many water birds including several Great Blue Herons. 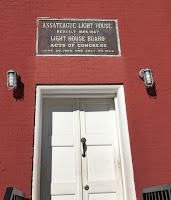 We took a final walk to visit the Assateague Light House, before returning back to camp, and the shelter of AIROSMITH.